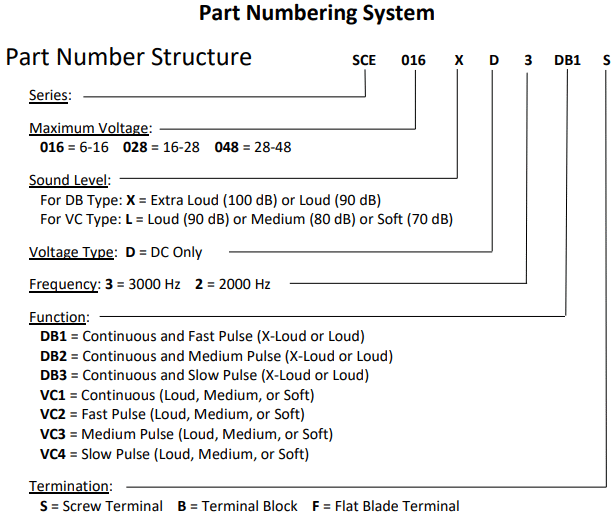 Notes: All alarms come with an additional 2 control wires.  See the individual data sheet on how to connect the control wires to activate the different sounds and sound levels.