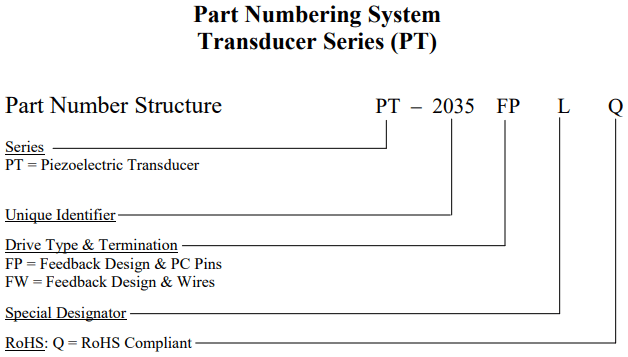 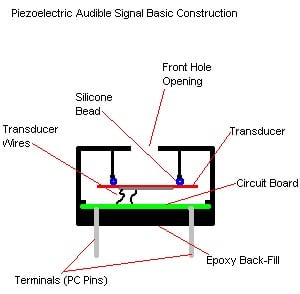 Self-Drive type devices provide a 3rd terminal that connects to an isolated portion of the piezoelectric transducer.  This third terminal provides a feedback signal that is 180 degrees out of phase with the drive signal.  This signal can be fed back into the circuit to allow the sounder element to self-tune itself to the transducer’s resonant frequency. 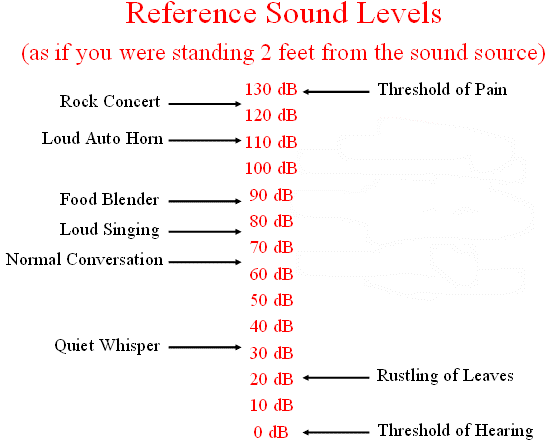 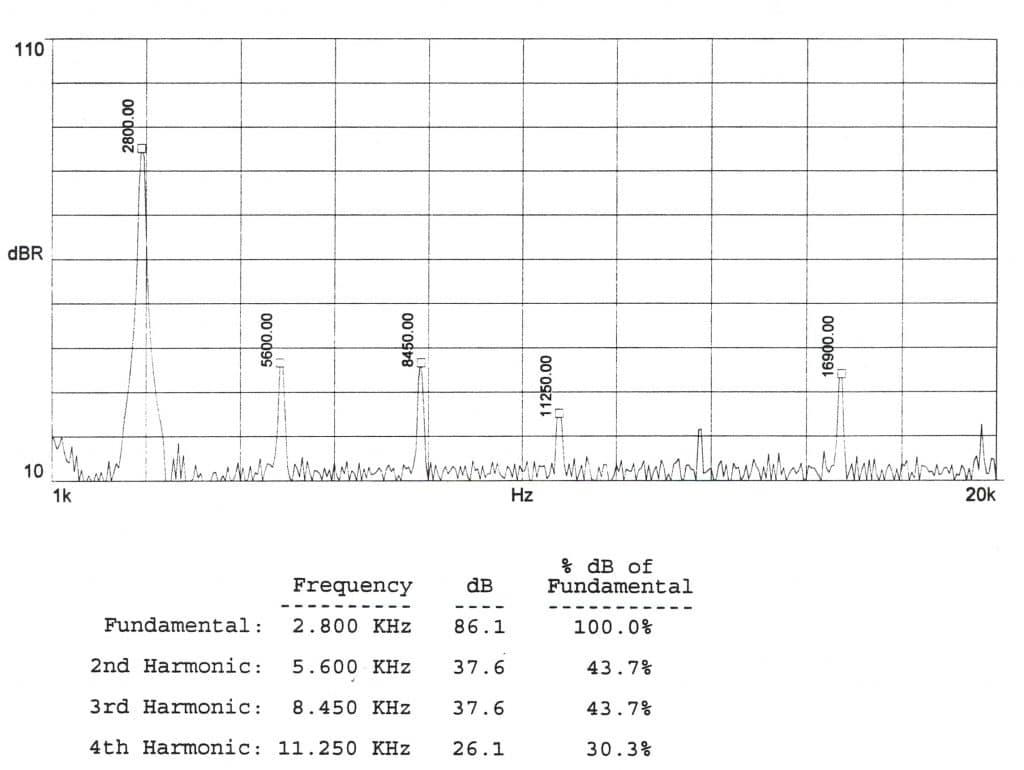 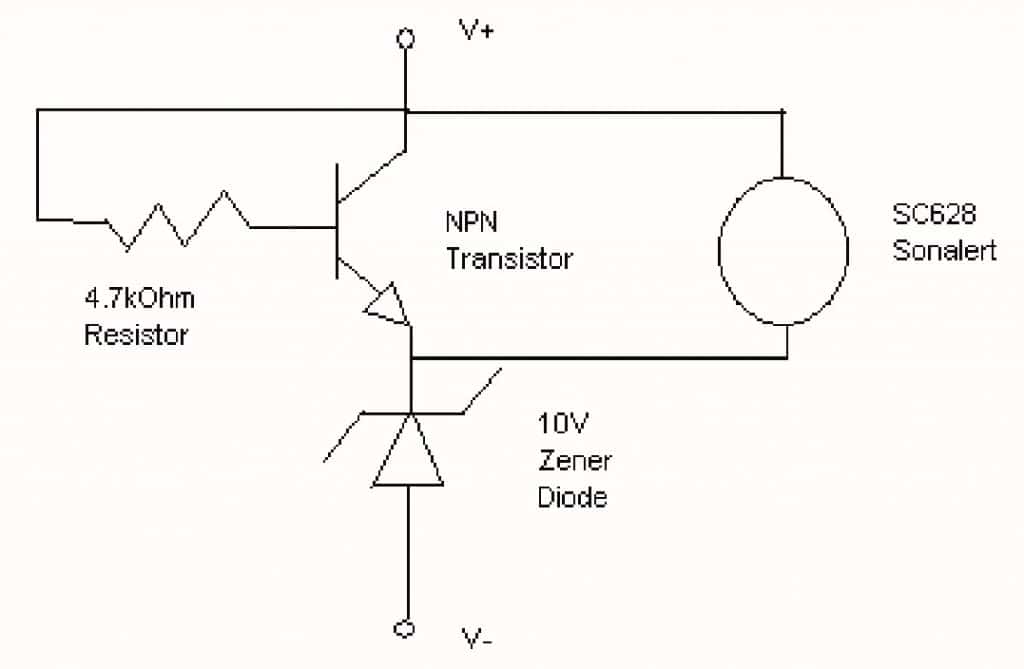 Self Drive Transducers have three terminals.  The third terminal supplies a feed-back voltage that is 180° out of phase with the drive signal.  Below are two circuits that can be used with these types of transducers. 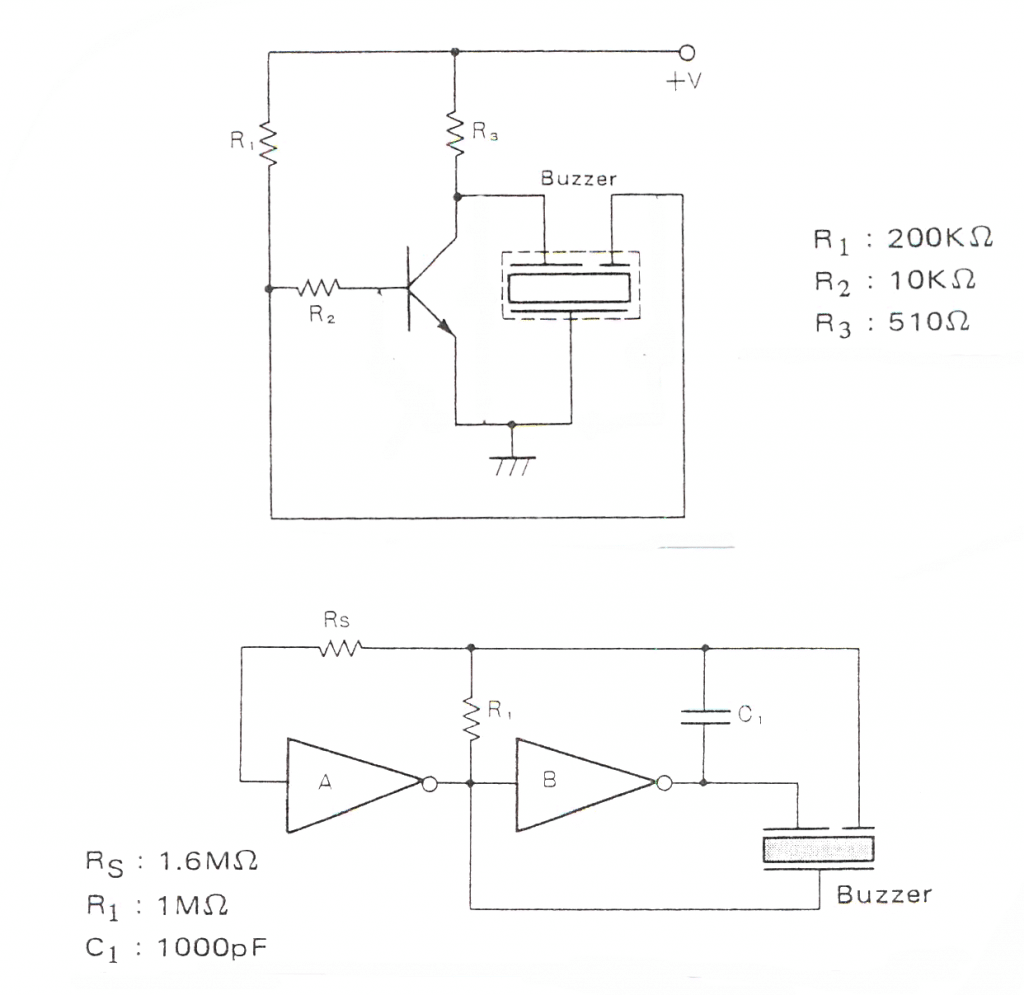 It should be noted that these circuits are only initial suggestions.  Values of the resistors may need to be adjusted depending on the particular transducer model used.  Square-wave type signals result in more sound level than sine-wave type signals.